This Blog is a collection of fishing adventures in Minnesota and Wisconsin.

A collection of flyfishing adventures in Minnesota and Wisconsin waters.

Driftless 2012 from Chad Blashack on Vimeo.
Posted by Sotafish at 8:22 PM No comments: 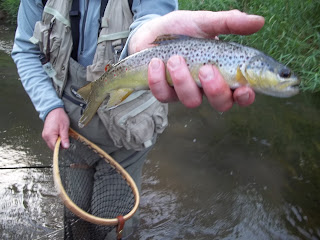 Hopper dropper and the parachute sulpher were the hot flies in the beautiful streams of southwest wisconsin.  My friend Jeff Wenger from Jeff's Jigs and Flies and I met in Lacrosse at 6am and hit the water.  We started with Hopper dropper which is a dual fly rig with a foam hopper as the point fly and one of Jeff's bead head pheasant tail nymph size 20 as a dropper fly.  We caught multiple fish on Jeff's dropper.  Great fly. 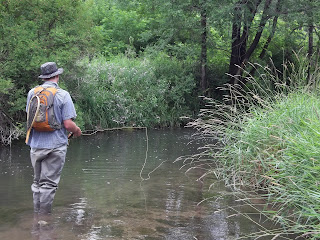 As the sun dropped lower in the sky and cooler temperatures arrived, rising trout were more frequent.   The parachute Sulpher dun seemed to be the hot fly.
I don't make this trip without the help of the people at driftless angler.  This fly shop is located in  Viroqua WI and has a website with great information in that area. 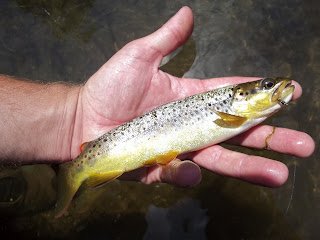 Opener was very weird.  No snow on the ground, warm water and air temperatures and got my pick of holes to fish even though I showed up at  11am.  People seemingly didn't stick around long.  After talking to a couple of guys they said fishing was slow.   Despite some unusual factors the water was great.  The flow was about 160 cfs  and just enough color to camouflage your presentation.  I managed to land 8 steelhead runnin the two fly rig.  4 on pink globug tied by Jeff at jeffsjigs.com and 4 on my stoneflies as the point fly of 2 fly rig.  The fish did run smaller then the usual opening day fishing.   Not sure what the potential reasons for smaller fish size but probably coincidental.

The Sotahex, my variation of the hex nymph that imitates the Hexagenia mayfly.  This fly is very abundant in many Great Lakes rivers including Bois Brule river.  I have used other imitations like the spring's wiggler with good success to imitate the Hexagenia but I have high hopes for this more ornate imitation to be at least as productive.  This is a one hook variation of the wiggle hex I saw in Matt Supinski's book Steelhead Dreams. 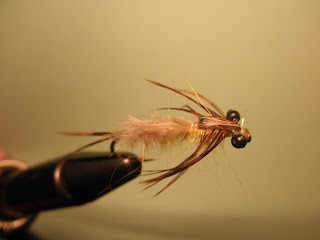 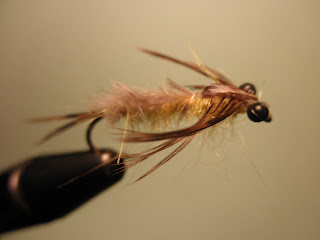 Posted by Sotafish at 5:46 PM No comments:

Monsters of the Brule

These are pics of some big fish caught by some friends of Sotafish.  Garrett Svir, Jeff Wenger of jeffsjigs.com and Tony Stifter.  This will eventually grow to five pictures of some of the biggest fish caught on the Brule.  Do you have a pic worthy.   Send me a pic at sotafish@hotmail.com. 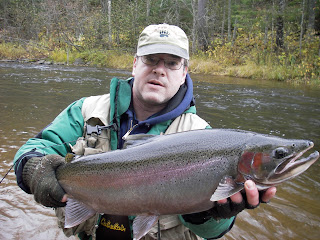 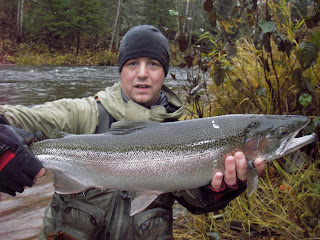 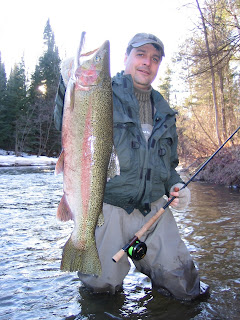 Posted by Sotafish at 3:41 PM No comments:

I managed to catch three steelhead on a bright sunny morning.   With the sun so bright and the flow at about 130 cfs I wasn't expecting to catch multiple fish.  I was preparing to be very happy with one fish with the flow so low.   Sometimes steelhead don't do what you expect.